Switch to full style
This is the place where the majority of the warbird (aircraft that have survived military service) discussions will take place. Specialized forums may be added in the new future
Post a reply
Shay

Nice pictures. Any idea of what became of the B-10, considering there is only one known example in existance today?

I don’t know if this one counts since it has been scrapped
C-124 Las Vegas, NV

Obviously this guy had a thing going for having his own aircraft on display. Before the F-104 was there he had the cockpit section of Boeing B-707 OD-AFY (ex TMA of Lebanon) for 11 years in the same spot:
http://www.airliners.net/open.file/0241951/L/

This cockpit section is now in use as an underwater toy for some diving club.
http://afzinkproject.bolkow.nl/cpg132/t ... ng=english

How did that C-124 ever get cut up? Man, you think someone would have saved it. I was just out in Appleton, and stayed at a hotel just a block from that tank and F-86.
Neal Nurmi

Well this is a little late for this thread, but I just did the photo this last weekend. An F-89 Scorpion in Nampa Idaho...

In the 1977 movie Telefon, there is a scene at an Army base with a pylon-mounted F-89 at the main gate. The scene is set in Denver; the IMDB listing mentions Great Falls, Montana, but there aren't any F-89s listed there. Can anyone ID this one?
tom d. friedman

the condition of that pt boat is a disgrace. might as well chain saw it & toss it in the fire. i won't bring the weinies either

tom d. friedman wrote:the condition of that pt boat is a disgrace. might as well chain saw it & toss it in the fire. i won't bring the weinies either

Dont say that on the PT Boat version of WIX!

I dont know if there is an actual website but im guessing there has to be. Haha, imagine someone on here, "Oh yeah, just cut up that old bird, nobody wants it".


A little TLC, and she could be floatin in no time!
armyjunk2

I saw this B-17 by the road in Milwaukie, Oregon and the F-15 across the road from the Evergreen Air Museum and the last one is in Jeffersonville,IN all photo taken 08/07
1

i don't want to diss the pt boat.... but i'm in the marine business, & i can tell that the wood is thoroughly dry rotted. at a local resort / marina here on lake erie, a guy owns an original ww2 elco pt boat, while not in ww2 dress, it's a beauty. complete with the twin packard aircraft engines. man that baby must suck the gas!!! by the way........ what's with the decapitated b-17???
armyjunk2

Tom, I think they are restoring the nose section, anyway they had a bucket for contributions, other posters on here will know the story I bet..I was just driving down the road and saw it, it makes a good shady spot for the scooter crowd .......
Keith Gaff

This Fairey Firefly has been an attraction in the main street of Griffith, New South Wales in Australia for, at least, 35 years.

Tom, PT 305 was saved by the same guys here in the Houston area that rebuilt PT-309. They undertook the project after 309 was taken from their care and placed in the hole at the Nimitz Museum in Fredricksburg, TX. They were underfunded and undermanned from the gitgo. Looks like the Elco boat that they saved that went north was destroyed. At least the Higgins boat went back to New Orleans where they have more rescources.

I too was in the marine industry and helped the guys with some of the issues on 309. It wasn't in much better shape than 305 when it got to Galveston. Matter of fact shortly after it's arrival in Galveston, due to the ineptitude of the former museum director she sank at her moorings ! When it went to Fredricksburg it was actually almost ready to run. Her guns had been reinstalled and she was a proud boat once again. 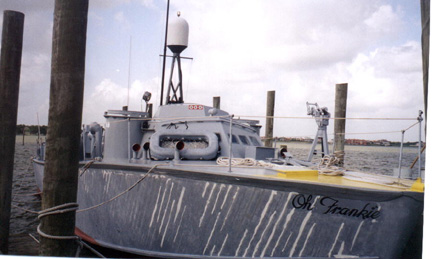 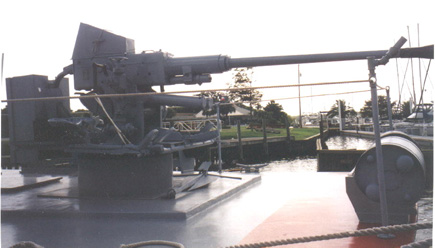 The first two pictures show PT-309 in the water and the remarkable work done largely by volunteers. When they started none of the deck structure existed. The boat had been completely modified to be an excursion boat. The only thing original was her hull, and it needed a ton of work. The link shows the boat where she sits today in a hole simulating the boat at a dock in the South Pacific.
Post a reply
Switch to full style